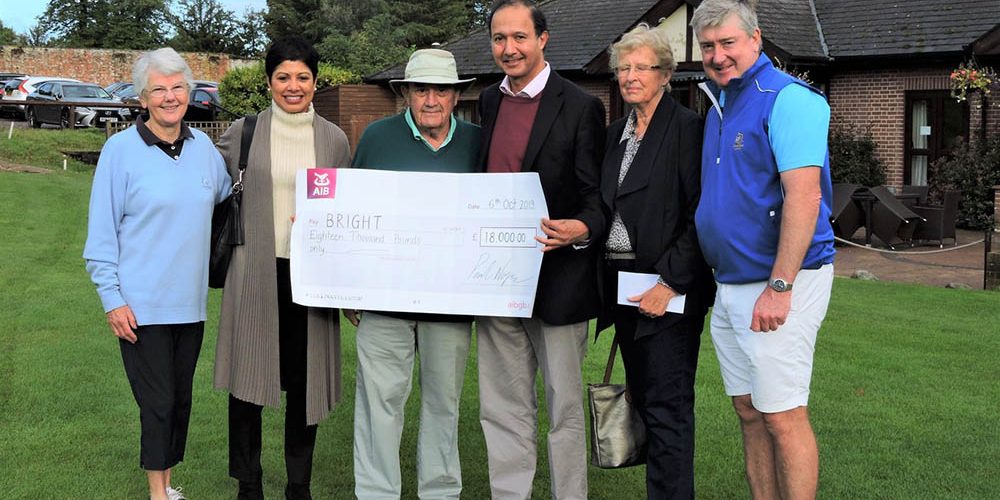 BRIGHT was delighted to be chosen as Charity of the year at the Clandon Regis Golf club. The two captains Bruce Hobson and Linda Elliott worked exceptionally hard throughout the year to raise funds for the charity. Events that took place within the club throughout the year included a Bridge supper on the 22nd March with over 25 tables. The main event of the year was the captains charity golf day on the 19th July where there was plenty of support from the club with many supporters taking part in a round of rather soggy golf. Both of the captains showed full commitment to the charity and with the help of all the clubs supporters raised a huge £18,000 for BRIGHT. We are incredibly grateful for their support and hard work throughout 2018/19.