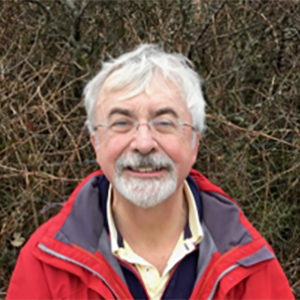 I was diagnosed with pancreatic cancer in March 2010.   I was very frightened at the time, not least of all as I learned from the internet that many sufferers died within six months of diagnosis and only a small percentage survive more than five years, with only 2% alive after ten years.  However, here I am, fit and well, approaching the tenth anniversary of my diagnosis, a testament to the effectiveness of the treatment I have received.

My journey began in the early weeks of 2010 when I went to see my GP about pains in my back.  He referred me to a diabetic specialist, who organised a series of tests, the results of which suggested that I had pancreatic cancer.  Possibly the critical factor in my survival was the early diagnosis of my cancer.  I am thankful to my GP for acting promptly on his suspicions.

I was immediately referred to Professor Nariman Karanjia, HPB surgeon and BRIGHT Trustee, who organised further tests that not only confirmed the diagnosis of pancreatic cancer but also indicated that, certainly for the moment, surgery was not an option.  I was, therefore, referred for a course of GemCap chemotherapy which had a significant effect in controlling the tumour but still left it seemingly inoperable.  This was followed by a course of radiotherapy organised by Dr Sebastian Cummins.

My review at the end of 2010 was encouraging and depressing at the same time.  My tumour seemed to have shrunk and to be under control but, in the December meeting of my healthcare professionals, it was suggested that surgery still seemed to be out of the question.  As I had researched pancreatic cancer and believed that chances of long-term survival appeared to rest on whether the tumour could be surgically removed, I wrote to Professor Karanjia in January 2011 to ask his opinion.  I was determined to stay on my case but was aware that I may have been just clutching at straws.

Professor Karanjia explained that a successful outcome from surgery was a long shot because of the way that the tumour appeared to compromise the great organs but he said he would agree to operate to see what, if anything, he could do.  He made it clear that he may simply have to close me up if the tumour was such that it was not possible for it to be removed.  I agreed to take the opportunity that he presented, fully aware that it might come to nothing.

So I went for major surgery in March 2011.  Professor Karanjia successfully performed a Whipple’s procedure to remove the tumour and also a hepatic reconstruction.  I will not suggest that recovery from such a major operation was all plain sailing but I gradually became stronger and was very pleased that I had the operation.  I was henceforth an insulin-dependent diabetic, as a result of the loss of most of my pancreas, but this was a small price to pay for the successful removal of my tumour.

Life had been very stressful and physically demanding but I gradually became fitter and more confident over the next four years.  However, a routine CT scan in February 2015 indicated some lesions in my liver and suggested that my cancer may have metastasized.  Professor Karanjia promptly arranged for me to be seen by Dr Sebastian Cummins and within days I had started a course of Folfirinox chemotherapy.  My last treatment was in December 2015.  At this point, the lesions had disappeared or reduced to virtually nothing.

Since then I have had regular scans and reviews with Dr Cummins and Professor Karanjia but no further treatment.  Dr Cummins now refers to me as an ‘outlier’ in the sense that I am one of the small percentage of patients able to celebrate the tenth anniversary of an initial diagnosis of pancreatic cancer.  In my most recent review (January 2020), there are no obvious signs of cancer in my liver but I am under no illusion that there may yet be setbacks.  Happily, I am currently fit and well and looking forward to my next decade!

To what do I owe my well-being?

Luck must have played some part in my survival but there is little doubt that I would not be here today to write this account without the prompt referral by my GP to specialists in 2010 and the prompt action by the cancer specialists in 2010 and 2015, the expertise of Dr Cummins and, above all, the surgical skills of Professor Karanjia.  BRIGHT has supported the purchase of equipment to make these very difficult surgical procedures possible.  I am delighted to hear that BRIGHT are also currently raising funds for a Nanoknife Machine to help treat difficult pancreatic and metastatic bowel cancers.

I am convinced that a key to dealing with cancer is early diagnosis and subsequent referral to specialists for appropriate intervention.  Scans, blood tests and regular reviews are worrying and can become tiresome and time-consuming but they are absolutely essential on keeping on top of your condition.  I have no hesitation in agreeing to continue with my reviews for the foreseeable future.

I must admit to having had low points in the past ten years but, overall, I have managed to remain optimistic about the future and determined to overcome the challenges that have presented themselves.  The emotional support that I have received from consultants, nursing staff, radiologists, medical secretaries and receptionists has been so very important to me in keeping up my spirits.  It is not easy undergoing treatment, surgical or otherwise, and having regular scans and reviews but it would be so much harder without such positive and friendly support.   Of course, the steadfast support of my wife and the distractions provided by our grandchildren and our dogs have proved invaluable too!