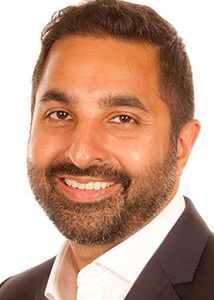 Adam is a Consultant General and Hepato-Pancreato-Biliary Surgeon at the Royal Surrey NHS Foundation Trust, Guildford. He specialises in liver and pancreatic surgery andtreats all benign and cancerous disorders of the liver, pancreas and biliary-tract.

He underwent basic and higher surgical training in London and Surrey, and became a Fellow of the Royal College of Surgeons of England in 2018. During his training he undertook several international observerships in both the USA and Europe.

Adam is extremely passionate about research, and aims to translate new discoveries directly into improved patient care and survival. He has won numerous awards for his research including the Moynihan prize, the Sir James Fraser Travelling Fellowship and the Hunterian Professorship from the Royal College of Surgeons, England.

Adam is currently the Vice Chancellor’s Fellow and Senior Lecturer in Surgical Oncology at University of Surrey where he runs a laboratory group focusing on translational cancer research.

His current research includes investigating the molecular aspects of pancreatic, liver and biliary-tract cancers, including the development of clinically useful biomarkers and targeted anti-cancer treatments, and understanding the tumour microenvironment and mechanisms of metastasis (cancer spread), topics on which he regularly publishes his findings in peer-reviewed journals.