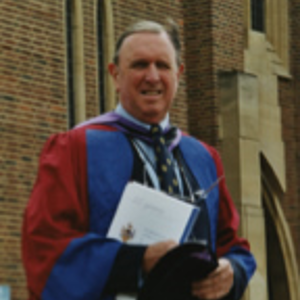 In June 2003 I was diagnosed with bowel cancer. I was lucky – the entire tumour was surgically removed. “A cure”, you might say.

And indeed my follow-up CAT scans after that were all negative – until the one I had four years after the original operation. The radiologist was very apologetic, “Richard, I think there may be something a bit suspicious in your liver”.

At this point I should explain that I qualified in medicine in 1956, so my medical knowledge, when I retired in 2001, was largely derived from my experience during those years of practice. At that time, the presence of liver secondaries indicated incurable disease (though a limited number of cases where there is a single metastasis, surgical removal of the part of the liver containing the tumour – where surgically possible – was associated with a 25% chance of a five year survival).

This, therefore, accurately reflected the state of my knowledge when I was given the news. I genuinely believed that I had just received a sentence of death. The shock was all the greater because after four clear years I really thought I had got away with it.

So when I went to see my surgeon I was braced for a somewhat depressing discussion. I was therefore astonished when he simply said “we shall have to remove it” and immediately referred me to Professor Karanjia, Consultant HPB Surgeon and Trustee of BRIGHT. Five days later I was operated on and the liver tumour was completely removed. No chemotherapy was required and I remain in good health to the present day.

A number of lessons can be learned from this little tale

The first is that even after successful removal of a primary bowel cancer, liver secondaries can occur, sometimes, as in my case, after quite a long period. Annual post-operative checks are therefore essential.

The second is that thanks to the new surgical techniques now available for their removal, they are no longer a sentence of death. If an (admittedly elderly, but reasonably well-educated) physician like me was unaware of this good news, then it is likely that a large proportion of the population might also be similarly unaware.

The third is that with these new techniques five-year and even ten-year survival rates that would have been unimaginable ten to fifteen years ago can now be achieved. These rates will continue to improve where patients can be encouraged to present at earlier stages of the disease.

The final message is that safe and complete removal of these liver tumours depends not only on the skill of the surgeon, but also requires the use of a range of highly specialised, complex pieces of equipment which are now an essential part of the process. Unavoidably, these are expensive but their use, in conjunction with the advanced surgical methods now available, means that ‘A sentence of Death’ is now rapidly being transformed into ‘A Message of Hope’.

It is this that makes the support of charities such as BRIGHT so vitally important and so well justified. The more funding that becomes available to finance these exciting advances, the sooner we shall all see bowel cancer changed from a killer into a successfully treatable disease.